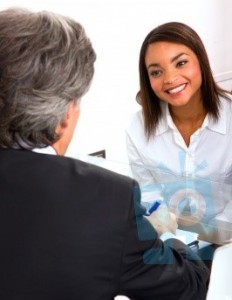 Fortunately I haven’t been out searching for jobs lately, but I have been part of the interview and selection process for new hires at my office recently. When reviewing resumes prior to conducting the interviews there were several applicants that seemed very promising. In fact I found myself wondering how we were able to get such a large pool of talent that wasn’t already employed elsewhere. Well, after sitting through a few interviews I figured it out. Most of the applicants did have some qualifications and were probably great people, but they each made at least one major mistake that kicked them out of the running immediately. Here are a few things I strongly suggest you not do if you are seriously seeking employment:

{All images courtesy of FreeDigitalPhotos.net}

What crazy things have you heard of people doing or not doing that likely cost them a job? Have you done any of these things and it worked to your advantage? Let me know in the comments below! Thanks for reading!

Saving money - it’s boring. You want to live your … END_OF_DOCUMENT_TOKEN_TO_BE_REPLACED

Even the smallest act of kindness can make a huge … END_OF_DOCUMENT_TOKEN_TO_BE_REPLACED

Online shopping has been something that people … END_OF_DOCUMENT_TOKEN_TO_BE_REPLACED

I received free In The raw products in order to … END_OF_DOCUMENT_TOKEN_TO_BE_REPLACED