It’s that time of year. The first major camping weekend of the year is coming up and it seems like every year, I end up forgetting to pack something that we need. Unfortunately when you’re camping and away from the conveniences of town, it’s not always so easy to just run to town and pick something up. This year, I decided to start making a list so when the time comes to get the camper loaded up, I know I’m prepared and haven’t left that one super important thing behind. I figure I can’t be the only one, so I thought I’d share what I think, are the top 10 do not forget things on the what to pack for camping list:

Benedryl – you never know what could cause an allergic reaction and when you’re in the middle of nowhere a dose of Benedryl can be the difference between a severe reaction and ruined trip or just a small irritation. If you take your fur-children like we do, you can give your dogs Benedryl if they get into something they shouldn’t too. If you take a first aid kit and make this part of it, even better.

Tylenol / Advil – Yes, more medication, but it’s another big one for me. A headache can be caused my many things, too much sun, less than adequate sleep, dehydration, and yes, maybe a little too much drinking. If you have some Tylenol or something handy you can once again prevent yourself from suffering unnecessarily. It can also help with any aches and pains that may result from uncomfortable beds (air mattresses anyone?) or too much hiking or other activities.

Sunscreen – You would think it’s self-explanatory, but I’ve forgotten this super important item more than once. Fortunately we’re usually with my sister when we’re on trips, and she never forgets anything, but had I not had a back up I would have definitely been in a world of hurt. Or more likely my kiddos and their delicate baby skin would have. A bad enough sunburn hurts and can even make a person sick, so I think sunscreen is definitely one of the must haves for any outdoor excursion.

Bug Spray – yup, it’s another item that just doesn’t sound like fun, but trust me if you leave this out and you actually need it, you’ll be having a lot less fun. If you’re in an area where you’re being pestered by bugs, the spray can make all the difference in the world. If those little biters (mosquitoes) are the problem, you’ll save yourself a lot of itching later on by just applying a quick coat and you’ll get much more enjoyment out of your trip than if you’re swatting at the little buggers the whole time.

Flashlight (and Batteries) – You won’t think you need this until you do and if you don’t have it, it can create all sorts of problems. When you’re in the woods, or wherever you’re planning on camping, away from town and houses, and businesses, it can get pretty darn dark at night. You may need a flashlight for any number of things…even just to hike to use the bathroom or find something inside the tent, and yes, maybe to look for whatever is making that rustling noise in the woods. A flashlight (a good quality LED tactical flashlight is a reliable choice) is definitely one of the top items on the list of must haves and you want to make sure you have plenty of batteries to go with it since the lights not going to do you much good if it doesn’t work. 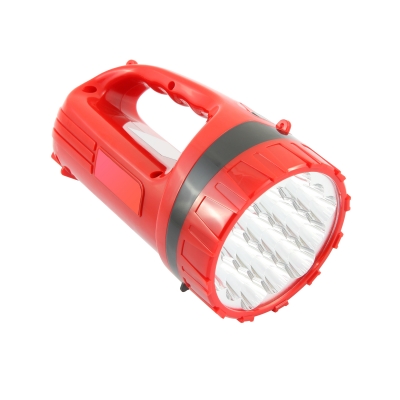 Garbage Bags – a pretty standard supply one would think, but I’ve found a lot of people don’t remember this very important item. If you’re not staying at a “developed’ camp site with garbage services, you should be packing out whatever you pack in and that means that you’re going to need garbage bags. Garbage bags can also be very useful in wet situations, either to use as a barrier (say on the bottom of a tent), to wear as rain gear, or to store something that may leak. I don’t think I’ve ever been on a camping trip that I didn’t use garbage bags for something other than just putting garbage in.

Toilet Paper – Yup, you’re gonna want some booty wipe…and you don’t want to find out how important it is because you don’t have it when you need it. Men, you know you use it too, and trust me, your ladies will thank you for remembering to pack it if for some reason they didn’t! (But seriously….I would never forget to pack toilet paper.) In a worst case scenario napkins or paper towels will get the job done, but that’s assuming you remembered to pack those too.

Knife – A pocket knife or Swiss Army knife will suffice, but you need to have something of this nature just in case you need it. You can cut rope to tie down tarps, you can use them to open canned food if you forgot the can opener. In a worst case scenario a knife may become a valuable part of a first aid kit, or you may just need it as a make-shift screw driver to for some other MacGyver type repair. Again, I don’t know if I’ve been on a camping trip when the knife hasn’t had to be taken out at some point to complete at least one nominal task. 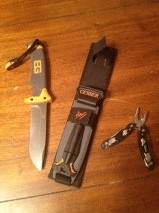 Cell Phone – and this truly is “optional” but can be useful in an emergency. I tend to turn mine off when I go camping (and many times we don’t have service where we’re at anyway). But I do like to know it’s there and I can turn it on, or drive to service and use it if there were to be a major emergency. 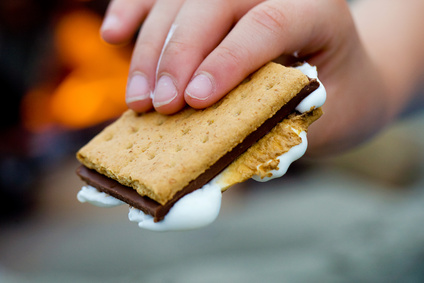 Obviously this is not an all inclusive list of everything you need for a camping trip….some of it I assume would be hard to forget (like your tent or camper, food, cooking utensils, for instance). This is just a small list of some of the items that I think are important (or at least very convenient) to have, but are often more likely to be left behind and there’s nothing worse than getting where you’re going and realizing you forgot to pack the Benedryl right after someone got stung by a bee or that the sunscreen isn’t there on a 105 degree day.

Did I miss anything? What’s on your list of must not forget items when packing for a family camping trip? Let me know in the comments below and thanks for reading!

The weather's getting colder here in the Pacific … END_OF_DOCUMENT_TOKEN_TO_BE_REPLACED

“Think what a better world it would be if we all, … END_OF_DOCUMENT_TOKEN_TO_BE_REPLACED

I participated in an Influencer Activation on … END_OF_DOCUMENT_TOKEN_TO_BE_REPLACED

So your kiddos class party is this Friday you say? … END_OF_DOCUMENT_TOKEN_TO_BE_REPLACED