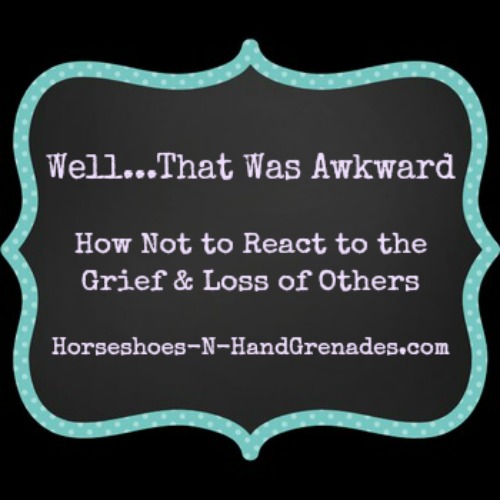 So, I had this great post planned out for today about our lovely Memorial Day weekend camping trip last week and then I went grocery shopping.  Yup, grocery shopping is what inspired this post…go figure. What happened while I was grocery shopping? Well a very innocent moment of passing a friend in the aisle became one of the most awkward moments I’ve had lately and threw me into some deep thought and reflecting on life in general. Holy crap what’s up with those canned goods?!

About a week ago, I found out this friend of mine (and I say friend because I feel we’re more than simple acquaintances, but we’re not exactly “besties” nor do we talk daily or anything like that); anyway, I found out this friend had lost her baby boy. Now the loss of any child is tragic, but what was so heart wrenching about this story for me, is that I followed her through this pregnancy (via Facebook & when I did run into her at the coffee stand and such) and 2 weeks ago, all was great, they were at the 36 week mark, and ready to get this little man out! The crib was together and we were all just waiting for his grand arrival. Then all of a sudden a week later she’s at the hospital giving birth to a beautiful baby boy that she knows she will not be able to take home. He had gotten the umbilical cord wrapped around his neck and did not make it. When I heard the news my heart hurt for her so badly, but she was surrounded by family and very close friends so I mourned privately for her and her family. 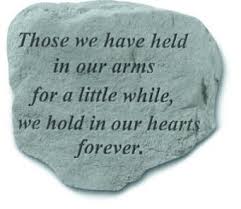 I found myself asking how I would be able to handle something like that. Could I handle something like that or would I just be a mess for the rest of my life? I mean I know several people of have lost children of various ages and for various reasons, and they continue to function and live life, but for the life of me, I don’t know how.  Looking at my two happy healthy kiddos I couldn’t fathom carrying them to term, going through labor, and delivering either of them and not taking them home with me or life without them at all. I have to say that my friend is one strong lady and she has an amazing support system because she is able to continue pick herself up, take care of her daughter, herself, and do ridiculously common tasks like grocery shopping.

Now I know that life goes on, but I did not expect to see her at the grocery store yesterday afternoon and when I did, I panicked. I simply smiled and said “hi”! Really??? But the problem is that I didn’t know what to say…what I wanted to do was run over and give her a giant hug but that may have been a little weird for everyone in the ole Fred Meyer. Hopefully she doesn’t hold it against me because I don’t want her to think I don’t care, because that’s absolutely not the case…her tragedy really hit me hard and I’ve been constantly thinking about her and her family…all be it silently and from a distance since I apparently don’t know the proper protocol for this type of situation. Basically I acted like a big old ignorant ass…awesome right?

I received a LeapTV kit free from Mom Select and … END_OF_DOCUMENT_TOKEN_TO_BE_REPLACED

{This post is sponsored by Cottonelle, but my love … END_OF_DOCUMENT_TOKEN_TO_BE_REPLACED

Thank you to United Healthcare for making this … END_OF_DOCUMENT_TOKEN_TO_BE_REPLACED

This shop has been compensated by Collective Bias, … END_OF_DOCUMENT_TOKEN_TO_BE_REPLACED