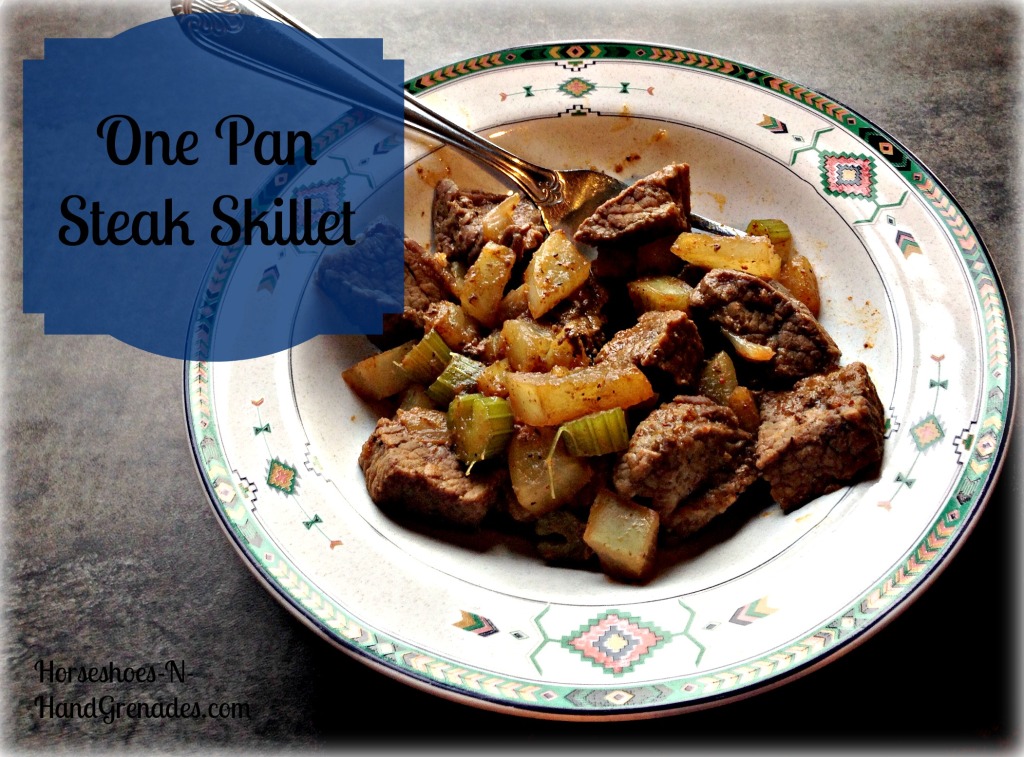 I’m going to be honest, the recipe I’m going to share today is the result of laziness. I forgot to prepare the crockpot before I left in the morning and I did not want to stop at the grocery store after work. So, I vowed to come up with an awesome meal using only stuff I had at home, even though I wasn’t exactly sure what that was. In addition, I wanted to keep it as simple as possible because if I didn’t feel like grocery shopping, I sure as heck didn’t feel like doing a bunch of dishes. What I came up with took one pan and about 45 minutes from start to finish so here it goes, my on the fly One Pan Steak Skillet recipe:

Literally all I did was throw everything into a large skillet with lid and cooked on med-hi, stirring occasionally for about 30 minutes. Once the meat was cooked through, I removed the lid for about 10 minutes and let the liquid cook out. Then serve it up in a bowl as I did since I’m currently cutting out carbs, or you could serve with tortillas or over some pasta for a super easy and family friendly meal. 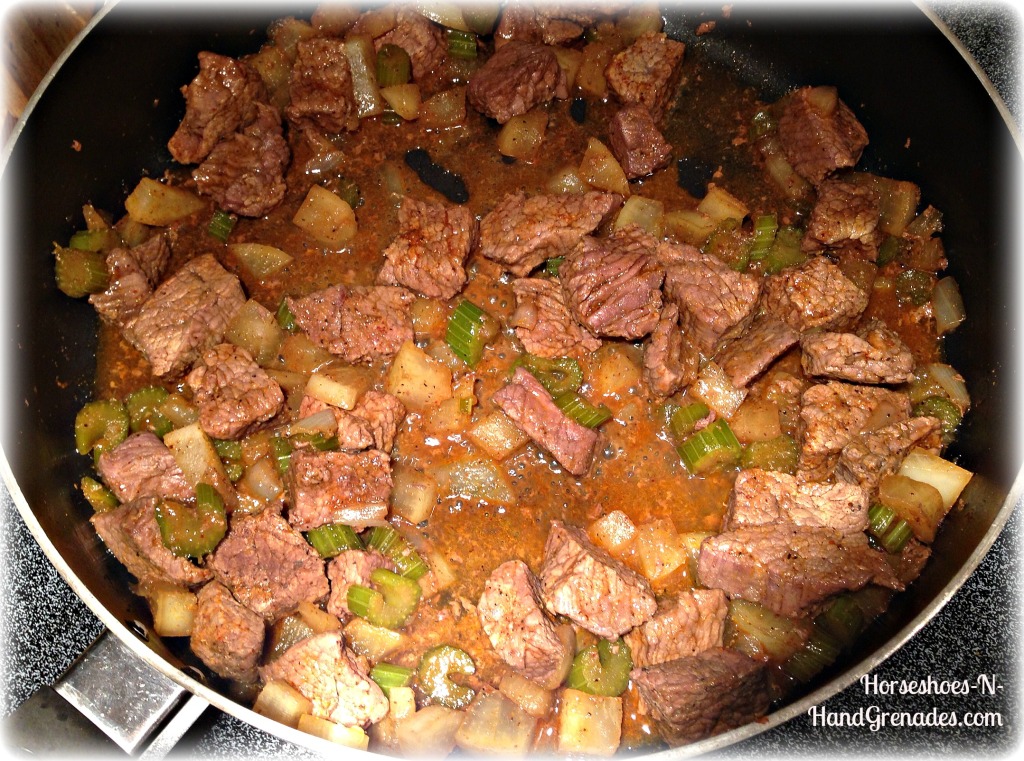 This post brought to you by American Heart … END_OF_DOCUMENT_TOKEN_TO_BE_REPLACED

This post is sponsored by Hillshire Brands Company … END_OF_DOCUMENT_TOKEN_TO_BE_REPLACED