Establishing and sticking to a reasonable and responsible budget can be hard. I mean it sounds easy, but I’ll be the first to admit it takes some trial and error before you get it down. It’s truly a skill that has to be learned and practiced. A little background about me — I was in a situation where I was forced to file bankruptcy several years ago. This had nothing to do with me living beyond my means, or abusing credit, but a series of unfortunate events let me with one part time job (I have been working 3 full time, but the economy caused two of the retailers I was working at to close) and more debt than I could take care of and no emergency savings.  I really struggled with the decision, but I felt that bankruptcy was my only option at the time if I wanted a shot at a good financial outlook going forward.  I decided right then and there that even the best laid plans can be blown out of the water when unexpected things happen, and this girl, wasn’t going to let that happen again. This girl, was establishing a budget that included emergency savings and sticking to it!

Enter Capital One 360.  Now I didn’t know about Capital One 360 products 12 years ago (in fact I don’t even know if they were around then), but have since discovered them and I love that they are designed to save consumers time and money; very important elements when you’re busy working hard at making that budget work every month. From their online services to their handy mobile app, Capital One 360 is with customers 24/7. It’s nice to have them available when I’m up at 2 a.m. crunching numbers for the upcoming month or working on factoring in a major purchase. I love that Capital One 360 offers remote deposit capture with Capital One 360’s CheckMate tool and make savings a snap with the Automatic Savings Plan. I’m all for anything that makes my life easier and lets me save my pennies while on the go!

Another things that I think is super cool is that Capital One 360 Checking and 360 Savings are fee-free and earn interest. So many banks have gone away from this model and those little perks are really nice. I love seeing the interest deposit every month even if it isn’t a huge amount, it just a little added bonus — like an “atta boy” for all the hard work you’ve done to get that money saved. Especially this time of year, it’s easy to get caught up in the hustle and bustle of the holiday season and lose sight of the goals we’ve set to help us achieve financial peace of mind. I want to encourage you to make a budget and stay on track with those finances even during this time of year.

In order to help with this, Capital One 360 is decking the halls with deals you can bank on, including new account bonuses, referral bonuses and closing cost credits.
Be sure to add Capital One 360’s Black Friday Sale to your shopping list. While you may have gifts, greetings and get-together’s on the brain, it’s important not to lose sight of your financial goals. All of Capital One 360’s Black Friday Sale deals are designed to encourage consumers to keep their finances top of mind.  In addition to taking advantage of deals on banking, brokerage and mortgage products yourself, you can give your friends and family the gift of financial peace of mind by encouraging them to take advantage of the deals and refer them to the sale. If they sign up, you may be eligible for a $40 referral bonus!

Visit Capital One 360 to give yourself the lasting gift of financial peace of mind by taking advantage of Capital One 360’s deals on banking, brokerage and mortgage products. 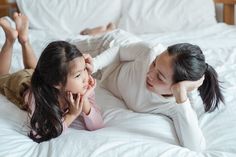 Thank you to U.S. Cellular for allowing me to be a … END_OF_DOCUMENT_TOKEN_TO_BE_REPLACED

Time for a new recipe and this one is definitely … END_OF_DOCUMENT_TOKEN_TO_BE_REPLACED

{Disclosure: I got this product as part of an … END_OF_DOCUMENT_TOKEN_TO_BE_REPLACED

One of the biggest struggles many of us are facing … END_OF_DOCUMENT_TOKEN_TO_BE_REPLACED