Beside weight loss, what do you think is one of the biggest goals or resolutions that people, including myself, set every year? Financial goals of course. Usually saving money or sticking to a budget of some sort. Tons of people say, “I need to get on a budget!”  but when it comes down to it, they don’t know exactly how to go about it. It can be really hard to change the way you spend money.  It’s as difficult (and sometimes more difficult) than changing your diet. There is really more to it than just saying you’re not going to spend money on stuff you don’t need so I figured that if I’m trying to go through all these steps to become more financially responsible, maybe you’d all be interested in how I’m going about it too. There’s a lot to take in so I’m breaking it down into a three part series so for the next three Friday’s, we’re going to work on our household budgets for 2016. 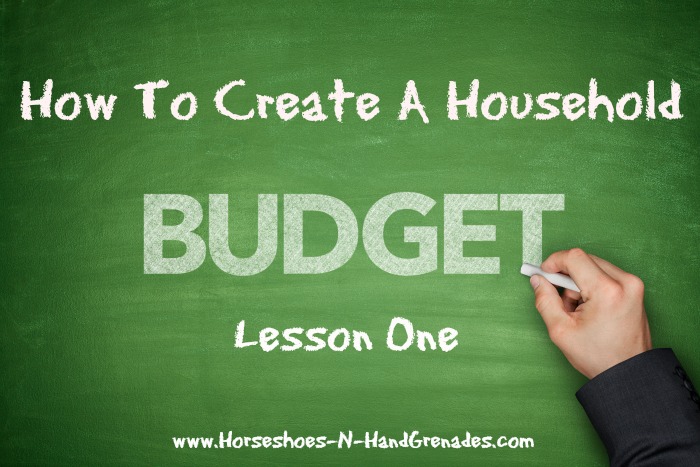 In the past I’ve talked about simple ways to save some money when you don’t have a lot to spare, but budgeting so that you’re financially comfortable with the income you have is also very important. There are so many benefits to creating a realistic budget and sticking to it. Many people make the mistake of giving up before they’ve really gotten started, but like anything else you learn, practice makes perfect. I’ll admit in past years, I’ve been one of those people but this year I’m more determined than ever and I’m counting on you all to hold me accountable! While common sense might tell you that budgeting is a good idea, you may need a few reasons to help you get motivated, especially if you’ve tried and stumbled in the past.  Budgeting is one of those things that isn’t always fun at first, but you’ll enjoy it when you start to reap the rewards.

Why Make a Budget?

Budgeting will allow you to have more financial security.  Do you get a pit in your stomach every time you see the stack of bills sitting the mailbox? Are you always wondering how you’re going to make it to the next paycheck? It’s not a good feeling and I know that from experience. Honestly, for me, peace of mind is one of the greatest benefits of budgeting.  Instead of wondering where your next dollar is going to come from, you know what you have to work with. When you’re living within your means and you put a little money aside each time you get paid, it doesn’t take long to be able to breathe easier and know that one short check or god forbid someone loses their job, it won’t necessarily bring the whole house of cards down.

Making a budget also helps you to prepare ahead of time for expenditures.  Instead of just spending spontaneously (which I’ll admit was one of my big problems),  having a budget gives you a reference for making decisions about your finances and major purchases. Budgeting helps you to understand the difference between the things you need and things you want. If you’re in a lot of debt, it really makes sense to stick to a budget and try to get out of it. For me it’s student loans I’m trying to pay off so that we can look at building a new house in the not so distant future.

Take it from me, being in debt is one of the most difficult situations to escape from.  Debt can make you feel enslaved to a corporation that doesn’t care about whether you have children to feed, a roof over your head, or a job. It’s easy to get into debt – even if you’re making great money.  In fact, people who make a lot of money are often in debt up to their eyeballs to keep up with other affluent friends.  My debt wasn’t so much keeping up with the Jones’, but hubby and I took on a lot of student loan debt at the same time, hoping that it would benefit us in the future, but so far, those degrees haven’t made a lot of difference in our pay, but we now have mounds of student loan debt to pay back which takes all the expendable income we have each month and then some.  It’s a problem, especially if we don’t pay very close attention to any frivolous spending we do.

You may have tried to budget before without success; I know I have.  There’s nothing wrong with that as long as you keep trying. Some of the common budgeting mistakes that you want to be able to recognize and avoid include:

While budgeting can be challenging, it’s not impossible.  When you have a budget, you need to be realistic about your own family and have good communication.  Those are two of the main reasons budgeting attempts fail. You’ll also need to be committed to following through with your budget.  Setting some goals along the way can help keep you motivated as you will see those successes and want to keep going. Money Is Emotional!  While talking about money seems to be pretty objective and about dollars and cents, in actuality it’s quite emotional.  You may have many feelings surrounding your financial situation.  Some of those are good and some can be very bad. It’s important to separate your value as a human being from your financial value.  Everyone makes mistakes and has challenges to overcome.  If yours happen to be financial, you can sometimes feel desperate, humiliated, and embarrassed. As Elsa would say, let it go. Get rid of those feelings so that you can look at things more objectively.

Getting on the Same Page with Your Spouse

I can’t stress the importance of this enough. We all know that money causes some of this biggest fights in marriages. Finances can be tough for couples to discuss and manage.  If you’re in a relationship where you share the same household or if you’re planning to in the near future, you need to learn to communicate about money.  If you need to, set some guidelines about being open when discussing money. While you may have very different ideas on how to spend money – in fact you probably do – don’t blame each other for debt you’re trying to get out of. Nobody wins when that happens and regardless of how the debt was acquired, it will take both of you working together to get rid of it.

Now that we’re thinking realistically and put emotion aside we’re ready to start figuring out what our budget is and how much money gets allocated to what. We’ll cover that in next weeks lesson so be sure you’ve signed up for my e-mail newsletter (sign up in the side bar) so you don’t miss the rest of series!

Do you have a strict budget or are you hoping to get one figured out this year? What’s been your biggest struggle in sticking to your budget? What do you hope to accomplish by setting one? Let me know in the comments below and thanks for reading!

The strides made in mental health awareness over … END_OF_DOCUMENT_TOKEN_TO_BE_REPLACED

This post is sponsored by Hill’s. I am being … END_OF_DOCUMENT_TOKEN_TO_BE_REPLACED

Do you roll your eyes when you hear about the … END_OF_DOCUMENT_TOKEN_TO_BE_REPLACED