{Disclosure: I got this product as part of an advertorial. I received a complimentary 7 day sample of Skinny Jane Blend in order to facilitate this review. I did not receive any additional compensation. All opinions are 100% my own and based on my experience with the product. This post may contain affiliate links.}

Let me start by saying I’ve tried tons of weight loss products from pills, to drops and drinks, to meal plans. You name it, I’ve tried it or some version thereof. I don’t feel that I’m obese, but my medical standards I probably fall into that category. It’s just been the last 4 years or so that I’ve put on about and extra 30-40 pounds. I could blame it on getting pregnant with my daughter (who’s now 2), but truth is I weigh a few pounds less now than when I got pregnant with her. The problem is me, my very sedentary job that I’ve been at for the past 13 years, changes in metabolism that come with age, and lack of exercise. My fault end of story. Regardless, I’ve had some luck and dropped 10 pounds here or 5 pounds there, but it usually comes back. So why would I bother trying Skinny Jane you ask?

For one, because they allowed me to and I’ll give most stuff a shot at least once. What can it hurt right? Second because it seemed pretty simple – no calorie counting or “special” foods. (By special I mean foods provided by them…of course for any diet to be successful you have to make changes to your food intake like say swapping out convenience store burritos for celery and peanut butter or giving up a can of Pepsi for a bottle of water…you get the point.) A shake in the morning and watching what you eat the rest of the day is pretty simple right? So I thought I could at least give Skinny Jane an honest effort for seven days of my life. If I’m lucky, I might drop a couple of pounds and find some motivation to keep trying this time around.

One of the things I thought was pretty awesome about Skinny Jane, was that they use the term “challenge”, rather than diet. I’m up to a challenge, but diets are a pre-cursor to failure so this concept worked for me…at this point I’m listening, and curious. The Skinny Jane shake itself contains seven proteins, 100 calories, and is supposed to keep you going for around four hours. Skeptical? Yes I was, but after the first couple of days, I noticed that I wasn’t starving by lunch, or even mid-afternoon so maybe there was some truth to that.

Skinny Jane’s regular products include a 28-day and an 8-week challenge, and they promise a 5-10 lbs. weight loss in week 1. While 10 lbs. would be crazy awesome, that was not my expectation (partly because I can’t completely give up coffee – I won’t even try to lie.) What I tried was the 1 week sample of the Chocolate Shake only and loosely followed the food plan they included. My basic meal plan each day for seven days was similar to this:

Surprisingly enough I was not hungry throughout the day. Monday & Wednesday are karate class nights, so we had dinner later (around 7:30). By that time I was beginning to get pretty hungry, but not ravenously starving which was surprising since I hadn’t eaten nearly my normal intake of less than ideal food. I did decide that I need to strive to drink even more water though.

Do I think Skinny Jane works? The results seem to show that yes it does. The high-protein, smaller portions, and low to no-carb meal plan definitely makes you drop pounds. The green tea I think helps as an appetite suppressant as well allowing you to function without feeling like you’re starving or getting jittery like some pills I’ve tried do. Is it a good long term plan? I can’t say, I’d have to use it longer than one week to be sure, but I definitely think it would be a great plan for a month or two to kick start a weight loss program, get you motivated, and learn how to eat properly to promote long term, healthy weight loss.

Want to learn more about Skinny Jane and be in the know with regard to new products and promotions? Be sure to follow them on Twitter and Facebook .

Interested in trying Skinny Jane for yourself? You’re in luck because they have allowed me to give away a gift code for $25 off an order of their products. To enter, just leave me a comment below letting me know what diet’s you’ve tried in the past, what type of success you’ve had with them, and would you like to try Skinny Jane?

A random winner will be chosen out of all comments made through 11:59pm on 04/08/14. Must be 18 or over to enter. Horseshoes & Hand Grenades is not responsible for prize fulfilment.

I received one or more of the products mentioned above for free using Tomoson.com. Regardless, I only recommend products or services I use personally and believe will be good for my readers. 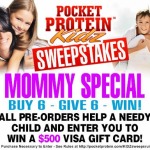 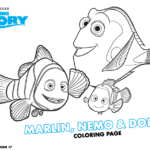 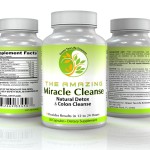 Omg what the heck is she talking about??!! That’s … END_OF_DOCUMENT_TOKEN_TO_BE_REPLACED 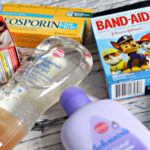 I have been compensated by JOHNSON'S® Baby for … END_OF_DOCUMENT_TOKEN_TO_BE_REPLACED