So I’ve been on this Omni Drops diet for about a week now and I’m definitely seeing results. As of Friday I had lost 8 pounds in under a week. I haven’t been overly hungry and I actually like the allowed foods. I don’t love cooking at home every single night, but I’m getting used to it and it’s forcing me to prepare ahead for the week which has actually been great as far as time management on the weeknights.

Where The Problem Lies

I do not like, however not being able to have lattes, Nestle Crunch, Lucky Charms, and Slurpee’s. None of my very favorite things are allowed, even in moderation (at least for the first phase of the program, later on they can be added back in). Basically not having these four amazing foods and drinks suck a big one (although, it is possible that indulging in them daily as I had been in the past may be part of the reason I had to go on the diet anyway…maybe.)

I’m trying to find a work around to satisfy my sweet tooth, but fruit just doesn’t do it for me so basically it’s been a battle of wills. I haven’t crumbled and visited my favorite lingerie barista yet though (yes my favorite barista serves coffee in her undies…but don’t judge, she’s working for her money and she makes a damn good coffee.) I am trying to think about the big picture and remember it’s not forever…I also think a lot of it’s mental because I know I’m not supposed to have these things. I mean when I could consume them freely I didn’t sit around all day obsessing over them…well, maybe about Slurpee’s on occasion, but whatever.

Hopefully I haven’t been too grumpy toward my family, but the next week or so should determine if I can push through this initial adjustment period and complete this mission (you know 20 pounds in 21 Days) or if it will be yet another epic diet fail. Wish me luck!

What’s your biggest “want” when you know you’re not supposed to have it? You know that one thing that taunts you and keeps telling you “just once won’t hurt”…Let me know in the comments below and thanks for reading! 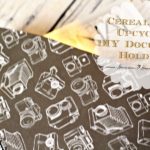 This shop has been compensated by Collective … END_OF_DOCUMENT_TOKEN_TO_BE_REPLACED 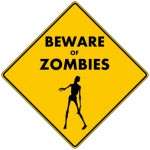 “Organize before they rise!” – Max … END_OF_DOCUMENT_TOKEN_TO_BE_REPLACED

How can you love yourself if you're spending most … END_OF_DOCUMENT_TOKEN_TO_BE_REPLACED 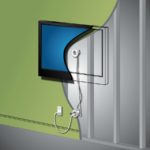 The reviewer has been compensated in the form of a … END_OF_DOCUMENT_TOKEN_TO_BE_REPLACED