So, I had a momentary lapse in judgement and volunteered to chaperon a 6th grade field trip to the Woodland Park Zoo today. Okay, it wasn’t all that bad. I would do it again…in fact it was pretty fun and I really enjoyed the kiddos for the most part. (There’s always one or two that think they’re grown, but they weren’t too bad — just some tween girl attitude.) However, the bus ride (eight hours total), sucked! We had to be at the school at 5:45 am to leave at 6:00 am for a four hour bus ride (2.5 hours max in a car). On the bright side, I got my own seat on which was good because school bus seats are evidently not made for middle aged mom comfort. (They really should look into the design of those things.)  On the not so bright side, the bus was freezing (like arctic…seriously) and the first kid started turning various shades of green by around 6:30 am. I pretty much knew that it was going to be a long damn ride at that point. But hey, the kiddos were giddy with excitement (at least the ones not trying to keep their stomachs out of their throats), and that’s what important right?

Fast forward about 3.5 hours and we finally arrived at the zoo! (Oh my GAWD! Get me off of this bus!) We got our bight orange flashing (okay they didn’t flash but they should have) chaperon badges, rounded up our assigned kiddos, said a little prayer, and headed in. 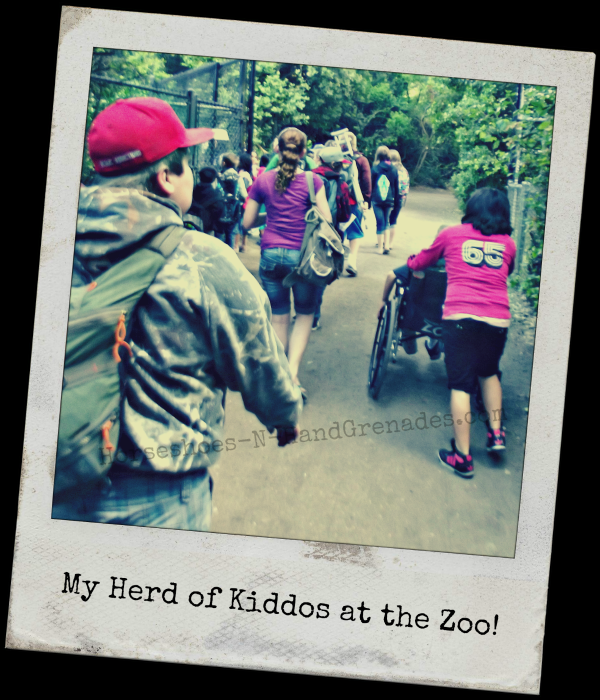 Once inside the zoo it was pretty smooth sailing. We saw a few exhibits and of course had to visit the gift shop. You can’t hang out at the zoo without leaving with some overpriced zoo swag. We payed wayyyy too much for crappy coffee and junk food, ate some lunch, and then went to see the rest of the exhibits that we hadn’t seen in the earlier part of the day. The big hits were the bears and of course the gorillas (I mean what tween kid doesn’t like an animal that flings poo?? Okay…adults too, it is pretty amusing). I thought the wolves were gorgeous, but the kiddos didn’t seem quite as impressed…maybe not exotic enough?

Finally we got back on those godforsaken school buses and started our four hour journey back home. Lord I apologize for complaining about the trip over in the morning because the afternoon trip home had it beat. It was hot by now, the kids were tired because they had been up since 4:30 am and walking around all day. The kids that felt ill going over, felt ill coming home, half of the bus occupants decided they had drank too much overpriced coffee and had to pee “right now!”, and the choir girls in the back of the bus decided singing every song from the Frozen soundtrack about five times over was an excellent idea. Shoot me now!  But, I survived…barely, but I made it and I did so without being an asshole to a bunch of kids that were just entertaining themselves. All in all, it was a great day spent with my 12 year old son and his friends which I am thankful for because there will come a time when he doesn’t need or want mom to chaperon.

What’s the most memorable field trip you’ve ever been on (as a student or chaperon)? Let me know in the comments below and thanks for reading! 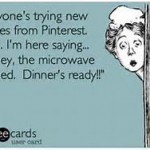 Children are inquisitive creatures and they spend … END_OF_DOCUMENT_TOKEN_TO_BE_REPLACED 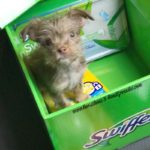 This post is sponsored by Swiffer® and the … END_OF_DOCUMENT_TOKEN_TO_BE_REPLACED