Teenagers are amazing in so many ways. They an also be jerks. It’s really a love – hate relationship with my teenager and his teenage rebellion (which is honestly pretty tame in comparison to my 17 year old self, but shhh….don’t tell him that). My Chemical Romance stated that teenagers scared the living sh&t out of them, and this is true for most people. When teenagers congregate in public places, it can be intimidating for a lot of individuals. However, when you’re the parent of a teenager, all you see is the same cute three-year-old you once had, wrapped in a sheet of defiance and hormones. It’s not always an easy thing to manage, but the best advice anyone can give you is that your teenager is the same person you’ve always known – it’s just that now they’re trying to find their place in the world.

Teenagers often become rebellious when they hit puberty, but as a parent, you have to be able to manage their new rebellious emotions and help them to swim through the hormone soup they’re in. Your once sweet little darling can change into a huffing and puffing, rule-breaking and disrespectful stranger. Parents, this is your shot to go back to basics. When they were acting out as toddlers, you taught them how to manage their emotions and taught them right from wrong. Well, it’s time to do the same all over again. The only difference is now you are dealing with an older child who needs a little reminder of the way they should be behaving.

The old school methods of dealing with a rebellious teenager always fell into the range of threats and a slap until they fall in line. The thing is, teenagers do not always need to be dealt with by a heavy hand. They need understanding and conversation. They feel like they’re already knowledgeable about the world, and while we know that they don’t know anything just yet, they don’t. We must treat them like human beings and handle their confrontation in the same way we would a fellow adult. Teenagers that are misunderstood or feeling angry don’t need to be met with rage and arguments; they need to be met with support and help. You may resort to disciplinary methods that include removing all iPhones, iPhone cases and pouches, chargers and anything to do with technology from their immediate vicinity, but it won’t always help. Instead, reaching out to help your teenager is the way to go as you can have a mutual understanding of what you both need from each other. Discipline only works if you have both agreed to the rules and consequences that you are setting forward. Otherwise, you’re going to have a rebellious teenager that is pushing back at every chance they get. Teenagers may not admit it, but they want your support and they want the boundaries that you set for them.

Your love and support is what will help them through this defiant phase, and it will ensure that you come out of it stronger together, than pulled apart and fighting. There are a lot of lessons that you will need to teach your teenager, and much of it will come from working out what will impact them the most in a positive way.

You must teach your teenager that their actions have consequences, and work with them on house rules that will ensure that you all find mutual respect and common ground. Hurting them and taking things away from them just based off of a dislike for their reaction to their hormones does not work.

Instead, talk. Open a conversation with your teenager and get to know why they are acting out. There has to be a reason behind disrespectful language and behavior, and you can only get to the bottom of it when you talk it out. Some teenagers rebel with slammed doors where others blend into the world of drugs and alcohol. It depends on which road your teenager is going to go down as to how you cope with it. Explaining that they will need the help of teen alcohol addiction treatment if they’re not careful about their actions, or that there are severe consequences for their actions is essential. You want to impress upon your teenager that everything that they do affects someone else, but most of all, it is going to affect themselves.

The conversation is the biggest tool that you have in getting through to a rebellious teenager. The best thing you can do right now is to instigate a conversation that will get you all on the same page – and then go from there. 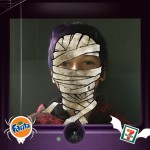 This is a sponsored post written by me on behalf … END_OF_DOCUMENT_TOKEN_TO_BE_REPLACED 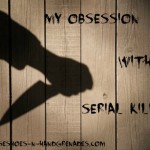 Yes, you heard me right, I have an obsession with … END_OF_DOCUMENT_TOKEN_TO_BE_REPLACED

I received compensation from 1800Flowers.com for … END_OF_DOCUMENT_TOKEN_TO_BE_REPLACED