“I’m selfish, impatient, and a little insecure. I am out of control at times and hard to handle. But if you can’t handle me at my worst, then you sure as hell don’t deserve me at my best.” – Marilyn Monroe

This quote is one of my all time favorites. I think it describes me, and many others out there (not necessarily just ladies either) perfectly. Everyone has their days, moments, and points in life where they can be difficult at best to deal with. Those days shouldn’t be the only ones that people remember or dwell on though because I’ll bet that there are just as many times that you’re the absolute polar opposite of difficult. You’re selfless, confident, and fiercely bad ass. Am I right? Well I know I am! So, I thought I’d take a minute to not only introduce who Alison, the gal behind Horseshoes & Hand Grenades is, but also a few minutes to share some of the things that make me who I am. Now I was actually going to list 10, but I couldn’t pick just 10 and my list was getting really, really, long, so I decided that since that’s quite a bit to take in, I’d just share 5 random facts today and maybe do a separate post with some other interesting tidbits later on. So, here we go – 5 completely random facts about me:

1. I have 2 kiddos, 10 years apart. I had my son in 2002 and he was going to be my only kiddo. I was totally fine with just one spoiled rotten baby boy to love. Then I met my husband, my son’s step-father (my 1st husband passed away when my son was 4 years old making me a widow at 26, but that’s a story for another day). After my current husband and I married, I thought maybe 1 more wouldn’t be so bad and then BAM, preggo. My daughter whom I now cannot imagine life without will be 2 in November, my son turns 12 in May. I am actually very happy that things turned out this way, I think the large gap in age works perfectly for my family. Each kiddo gets their own individual attention because they are at different stages in life, no fights over sharing toys and my son is old enough to be very helpful with his sister when we need an extra hand. 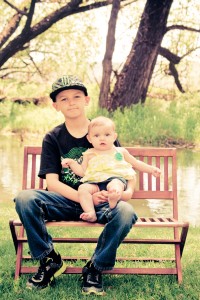 Elijah & Arabella (this pic is about a year old, but its one of my faves)

2. I have 4 dogs and 1 cat. Peanut the cat was born under our house about 2 years ago and never left with the rest of the litter. He’s an awesome cat and helps herd horses and watches over the chickens like a guard dog would, except perched high on a fence post to get the best view. He’s one of my best ranch hands…I mean cats. The dogs consist of Ozzy, my 11 year old pit/pointer mix whom I’ve had since he was about 9 months old. I rescued him from the shelter and by far the absolute best dog I’ve ever had. He’s very protective of the kiddos and as long as he’s trailing them I’m pretty confident they’re going to be safe. In fact I thought I was going to lose him this summer when he suffered rattle snake bites from killing one that had taken up residence under my daughters tri-cycle. I’m certain one of the kids would have been bit had he not been there and the first couple days with the vet afterward were very scary but he came out of it and is back to normal bless his heart. 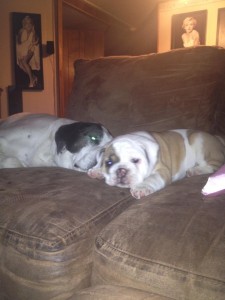 Next is Chico my son’s Chihuahua. He is also a rescue and while we can’t be positive on age we believe he’s about 6. He has bad teeth and is ½ blind. I’m certain he was severely neglected by whoever had him before us, but now he the sweetest little guy and my son’s best buddy. Then there’s Remington, my husband’s Boxer. He’s 9 months old and firmly believes he’s a lap dog. We’ll see how he turns out, he’s a good dog, but still a clumsy pup with a short attention span. Finally there’s Petunia, the newest addition who is a 6 month old English Bulldog. The only pedigreed dog I’ve ever had and the only dog I’ve ever paid for aside from the adoption fee at the shelter. So far she’s awesome and I’m learning a lot since the breed requires a lot of special attention.

3. I have a miniature donkey named Re-donk-ules. We also have miniature horses on the property, so a miniature donkey isn’t tooo odd when you consider all the other crazy animals we have running around, but it’s definitely not completely common either. I got Redoknules about 3 years ago when he was just a baby and he is a pet just like a dog or a cat – minus being allowed in the house and sleeping on the couch of course. He’s quite the lover though and follows my son around whenever he’s out and about. He is as gentle as can be and loves to give kisses! I mean how could you resist this face?? 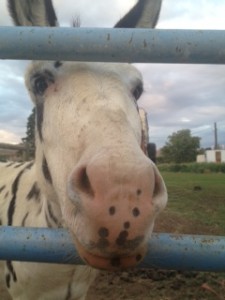 4. I have 8 tattoos and 2 piercings. A little unconventional for an Insurance Agent but I generally am the exception to the rule. As far as I can tell the ink hasn’t made me stupider or caused me to be a criminal or rebel against authority contrary to popular belief (another post on that topic some other time). I love tattoos and I plan to get more. I stopped when I got preggo with my daughter and haven’t lost the weight I want or saved enough money to start back up again. Diapers before tattoos! Plus I’m really picky about what I get so I can easily spend several months to a year deciding what I want the next one to be before I ever actually have it done…I mean it is permanent so not a good time to make hasty decisions.

5.  I used to HATE coffee – now an addict. Seriously, I never drank coffee until about 3 or 4 years ago. I hated the smell, the taste, and didn’t have a need for it. I don’t know if it was getting older, working harder, or what the heck happened, but I had a mocha that someone got me thinking that like the rest of the world I liked coffee…I mean who doesn’t right? Well, I slowly started drinking them more and more because you know those $5 espresso drinks don’t actually taste like coffee (aka Folgers that my mom used to brew). Now I have coffee pretty much every day, home brew, coffee stand, whatever it doesn’t matter – I just love coffee. Weird right? 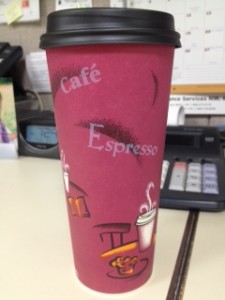 Now that you know a little more about me, what are some random things that make you who you are? What else do you want to know about me or my blog? Let me know in the comments below! Thanks for reading!

Living a healthy and happy life these days is … END_OF_DOCUMENT_TOKEN_TO_BE_REPLACED 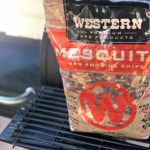 This shop has been compensated by Collective Bias, … END_OF_DOCUMENT_TOKEN_TO_BE_REPLACED

Since I decided to start this blog many people … END_OF_DOCUMENT_TOKEN_TO_BE_REPLACED 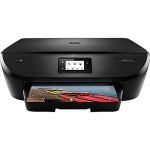 Okay we've all eaten till we we're miserable. … END_OF_DOCUMENT_TOKEN_TO_BE_REPLACED