{I received B-Daman products complimentary from House Party for testing purposes. No additional compensation was received.  Review and opinions are my own and based on my personal experience with the product. }

Some of you may remember a couple of weeks back I wrote about the House Party program and how awesome it was and about some of the awesome party packs I’ve received over the past couple of years.  (If you don’t remember or didn’t get a chance to read it, and would like the details on the program check out my post Free Stuff and A Party? Count Me In!) Well, at the time I wrote my previous post I had just been selected to receive another party pack for the B-Daman Crossfire toys by Hasbro. If any of you have kiddos that like Beyblades, they you may already know that B-Daman are the new hot item in that genre of toys. I finally received my party pack a little over a week ago and had all the nieces and nephews over with my own kiddos this past weekend to test them out and see if they’re as awesome as they sound. When we opened the box everyone was already getting excited. Not only were there two arenas with (6) total B-Daman battle figurines, but a DVD with the B-Daman television cartoon as well! Score!!! (Big kids got to play, little kids were also entertained – fabulous!) 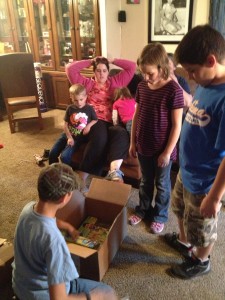 What we learned in researching the B-Daman line on the Hasbro website and with the information that came with the party pack and from House Party, that to play this game, thee kiddos (or adults as the case may be) shoot what looks like marbles at a target which is a wall of blocks, and the more blocks they shoot out of the target, the higher the score – the first player to shoot 3 of the 5 red blocks into their opponents area is crowned the winner.  Each figurine has a container on its back (like the hopper on a paintball gun for lack of a better comparison) that holds the colored marbles.

There are several B-Daman characters that can be collected and each has its own power and precision rating which I thought was weird until we actually used them and each does have its own way of firing so kids may find that they really are more comfortable and more competitive with one figure or another. There are also a variety of arenas available so that you can change up the challenge from time to time. Set up was pretty simple, meaning I didn’t give up before we got started – it took about 10 minutes but most of that was taking everything out of the packaging!  Because of the smaller marbles that go along with the game, the suggested age range is 6 years old and up. As I mentioned there is also a B-Daman cartoon on television and there is an online site and app for both Android and Apple devices that compliments the physical game.

As you can see from the photos, the kiddos at my house LOVED these toys and had an absolute blast. I’m sure B-Daman will definitely be on this year’s Christmas list! Since House Party and Hasbro were so generous with their B-Daman party packs I thought it would be great to share with all my readers so we’ll be giving away a B-Daman set valued at over $50.00 that includes:

Just fill out the Rafflecopter entry form below for your chance to win! This would be an awesome starter set for someone’s Christmas gift! Make sure you complete all the entries because more entries you complete, the more chances you have to win. Be sure to come back every day to get an extra daily tweet entry as well! Cheers for reading and good luck! 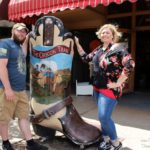 This post is sponsored by Oregon’s Mt. Hood … END_OF_DOCUMENT_TOKEN_TO_BE_REPLACED

One of the biggest struggles many of us are facing … END_OF_DOCUMENT_TOKEN_TO_BE_REPLACED 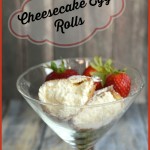