How do you feel now that the Playoffs are over? I’m going to be honest, I’m ever so slightly disappointed because I’m a Pacific Northwest Girl, originally from Texas and Oklahoma, so both of my teams were incredibly close, but you know close only counts in Horseshoes & Hand Grenades. It was definitely an interesting season thought and regardless of who’s playing, the big game is always a good time.

I have to wonder though, beside the parties and the rivalries and the things that go along with football, have you ever wondered about how certain teams or players rank in the eyes of fans overall? I mean how would you even find that out? Is your favorite player really as popular as you think?  Well, thank goodness the Jersey Report at DICK’s Sporting Goods has been created to help you figure that out!

It’s no secret that DICK’S Sporting Goods is the country’s largest sporting goods retailer, but did you know that five years ago DICK’S launched the Jersey Report to engage with fans and showcase favorite jerseys across the country? (I feel some game day trivia coming on!) DICK’s NFL jersey sales, online and in-store, aggregate into the Jersey Report letting you know who’s at the top of the popularity game. I’d never really thought about it but when I saw who the Jersey Report currently has ranked as #1, I was a little surprised. Even more surprising? Where Russell Wilson was ranked…I truly thought that would be higher but maybe I’m a little biased.

The Jersey Report by team for the season though, seemed pretty accurate based on how this season seems to be wrapping up.

Take a look at the Jersey Report for yourself – what do you think? Did your faves place where you thought they would?  I’ll bet you find some stats that you didn’t expect as well. Make sure you also check out DICK’S Sporting Goods on Facebook and Instagram to stay in the know! 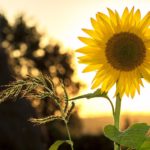 The summer is a pretty good season overall. After … END_OF_DOCUMENT_TOKEN_TO_BE_REPLACED

As a new mother, you'll soon be entering into the … END_OF_DOCUMENT_TOKEN_TO_BE_REPLACED 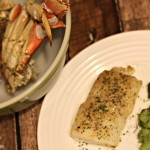 Thank you to Alaska Seafood for sponsoring this … END_OF_DOCUMENT_TOKEN_TO_BE_REPLACED