Just looking into their dewy eyes, you know that dogs are hiding a lot about themselves. But, it is surprising just how much the average owner doesn’t know about their pet.

In this post, we take a look at some remarkable pooch-related facts. Check them out below.

Spiked dog collars aren’t some newfangled fashion for pups. Instead, they’re something that the ancient Greeks used to protect their pets. In ancient times, wolf attacks were so common that people needed ways to protect their dogs. Putting spiked collars around their necks supposedly protected against wolf attacks.

Some Dogs Are Certified Therapists

Dogs are completely silent most of the time, and non-judgemental. For that reason, they make excellent therapists. Now, some are actually certified in various parts of the country for schools, homes and rehab centers.

The relationship between dogs and humans has been rumbling on for tens of thousands of years. People just love being with them.

The first ever dog – an animal that was different from a wild wolf – probably showed up in Europe somewhere 31,700 years ago. On the outside, it would have looked similar to a wolf, but its character may have changed, perhaps because of unintentional selection by neighboring human tribes. Eventually dogs became dependent on their human masters for food, accelerating their separate development.

While cooked food is the dietary staple of choice for most owners, raw food for dogs is still an option. In fact, because of the structure of their guts, it may actually be better for them.

Dogs Get Separation Anxiety, But You Can Reduce It With Worn Clothes

When you leave the house, dogs worry. Thousands of years ago, they would have followed their owners around everywhere. But, today, thanks to work, that’s no longer possible.

The good news is that you can placate their anxiety by leaving them with unwashed clothes that smell of you. Dogs are highly sensitive to your smell, so having this around can be comforting for them, even if you aren’t there.

Dogs Are Learning How To Ride The Subway

In Russia, there are a lot of stray dogs. Getting around in cities like Moscow is tough, particularly in the cold weather. As such, many strays have now learned how to ride the subway and get off at various points. Unfortunately, they can’t pay for tickets.

The Majority Of US Presidents Owned Dogs

Dogs are right at the heart of power – at least in countries like the US. Their policy preferences, however, remain unknown.

The oldest known dog breed is the Saluki. These hail from ancient Egypt and are believed to be more than 2,100 years old. Before this point, dogs were relatively undifferentiated.

Oxytocin is the love hormone. When you touch your dog, it causes them to release it, making them feel more attached to you.

This post is sponsored by Hill’s. I am being … END_OF_DOCUMENT_TOKEN_TO_BE_REPLACED

No one is immune to sickness and injury, which is … END_OF_DOCUMENT_TOKEN_TO_BE_REPLACED

If you are generally healthy, and then you … END_OF_DOCUMENT_TOKEN_TO_BE_REPLACED 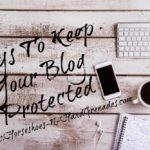 Running a blog has many benefits, and it’s a great … END_OF_DOCUMENT_TOKEN_TO_BE_REPLACED