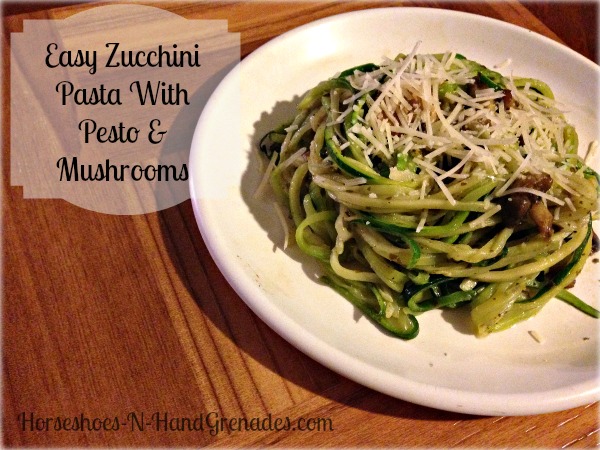 I’ve been seeing some awesome looking “pasta” recipes using zucchini and other veggies lately. Since I’ve been working hard to cut down on my carbs and starches, I’ve been dying to try some of these recipes but just hadn’t gotten around to it. When I had the opportunity to check out a spiral slicer by Brieftons, I was stoked because that’s exactly what I needed to make those veggie pasta recipes much more convenient to make. And you know me, the easier the better!

So, before I get to the recipe (which by the way is AWESOME and so simple I don’t even know that I’d call it a “recipe”!) I’ll tell you a little bit about The Brieftons Spiral Slicer

because if you don’t already have one of these gadgets, you’re probably going to want to run out and grab one. This little contraption cuts hard veggies into super thin, long strings (aka pasta). It kind of reminds me of how a pencil sharpener works, and what you end up with is veggie spaghetti, fancy salads and easy stir fries. Pretty cool right? What I love about it is that it makes it easy to cut down on carbs and load up on homemade noodles of the ‘green’ variety. I mean even busy people need to do their best to be healthier right?

did an awesome job at making these zucchini noodles for my pasta with pesto and mushrooms recipe and only took a minute or two! 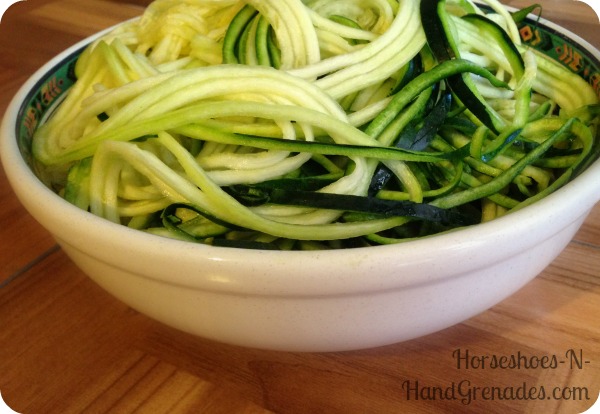 In case you’re just figuring it out, this girl is the queen of convenience so while I love being healthy and having homemade meals, I’m also all about getting it done quickly and with as little hassle as possible so I can spend time engaging with the family rather than the whole evening in the kitchen. What I’m saying is that for this recipe, I opted for store bought Pesto sauce…don’t judge. 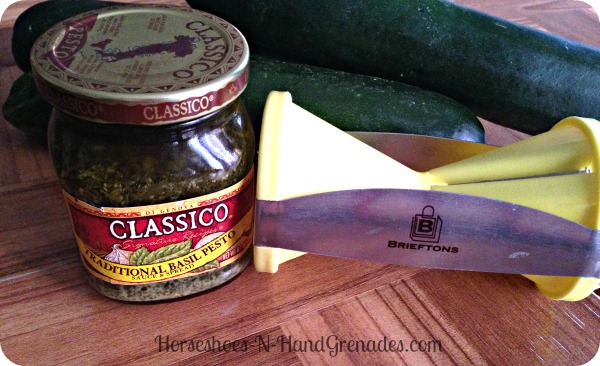 I cooked the zucchini noodles in a little olive oil, and threw in some sliced mushrooms. Once the pasta and mushrooms were tender I mixed them in a bowl with the jar of pesto sauce and wallah… a super easy dinner with very little mess! You could totally have just the pasta alone, or do as we did and serve it as a side with some steak or any other meat.

Have you tried veggie noodles yet? What do you think? Love them? Hate them? Undecided? Let me know in the comments below and thanks for reading!

I received one or more of the products mentioned above for free using Tomoson.com. Regardless, I only recommend products or services I use personally and believe will be good for my readers. This post does contain affiliate links.

Working hard to improve your diet when you've been … END_OF_DOCUMENT_TOKEN_TO_BE_REPLACED

Parties are for many busy adults the best … END_OF_DOCUMENT_TOKEN_TO_BE_REPLACED 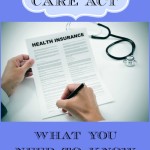 Thank you to United Healthcare for sponsoring this … END_OF_DOCUMENT_TOKEN_TO_BE_REPLACED 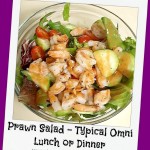 "Willpower is essential to the accomplishment of … END_OF_DOCUMENT_TOKEN_TO_BE_REPLACED