How do you handle stress? Me? I handle it, by means of deflection, avoidance, and humor – all pretty common, but not really all that effective in the long run. They say a little bit of stress can be useful, but too many of us seem to have missed off the “little bit” part. I’ve never been great at moderation I guess. Instead, we’re just stressed. And you can probably see why.

Life is more difficult to manage than in days gone by. We’re working longer hours, we have less disposable income, and those little phones in our pockets are keeping us in a near-permanent state of alertness — which isn’t great for our relaxation levels. We want to be all the things to all the people and I think I speak for many when I say, we’re just stretching ourselves too thin and it’s not healthy. We’re all trying to manage this stress, but are we doing it in the right way? Below, we take a look at some incorrect methods.

It’s easy to fall into the trap of thinking that the best way to deal with a problem is to simply avoid it. When things begin to go wrong, some people decide to throw themselves into social situations or their work. They’ll spend more and more time with their friends or in the office, all because they don’t want to be alone. Alternatively, maybe the social situations is what stresses you out so avoidance can look more like seclusion.

This will work on a short term basis, but it’s just a temporary pause on the stressful side of your life. It doesn’t actually do anything for you. If it did everything would be smooth sailing for this girl!

Bad For You Substances

People will always look for a release when their stress levels reach unmanageable heights. Two of the most common ways of dealing with stress is to consume alcohol and smoke. I mean the two really kind of go hand in hand right? But here’s the thing: while it might feel like both of these things help take the edge off your stress, it’s not always the case, at least not for the long term. If you’re abusing either, then your stress levels will rise. So it’s worth cutting down, though this is obviously easier said than done. If you can’t stop smoking, then buy a vape and some buffalo dreams liquid, and wean yourself off sparking up. I quit cold turkey, but vaping wasn’t a thing back then so given other options, I don’t know if I’d still suggest going that route.

When we’re stressed, we can sometimes fall into ways of being that seem right, but which actually aren’t. Certain things, such as watching too much television or staying up late, are symptoms of stress. I’m notorious for never being able to go to bed until late, no matter how early I need to get up. I live on the West Coast, but work East Coast hours so I’m up for work at about 4:30 every morning. When I’m not going to bed until 11pm or later, it’s no wonder that when I finally start felling run down, I can get super exhausted and sick, super fast. It may feel like that’s the only way to pack everything you need to handle into each day, but doing this is never going to make yourself better. If you’re aware of the types of things you do when you’re feeling stressed, you’ll be able to manage your stress levels as the first sign, rather than letting them build up and up…something I’m actively working on.

Of all the ways that you can handle the stress, there are none worse than simply carrying on, and pretending everything is fine. Okay, some may be worse, like self-medicating and addiction, but aside from that, ignoring that there is an issue, is pretty harmful in the long term as well. If you were shivering, your body would be telling you that you need to get warm. If you’re stressed, it’s your body telling you that you need to calm down, ad find a compromise to whatever is causing your stress so that you can relax a bit. Don’t ignore it! It’s much easier to stay level headed — not to mention enjoy life — if we treat ourselves well. You don’t get any medals for powering through with your work and social commitments even though you’re not at your best. Look after yourself, and get yourself well.

What’s your biggest cause of stress? What triggers anxiety or depression for you? How do you make sure you’re taking care of yourself and handling stress in positive and helpful way? Let me know in the comments below and thanks for reading! 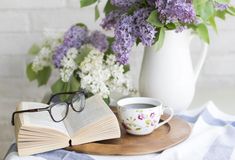 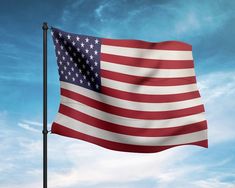 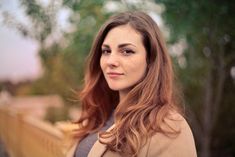 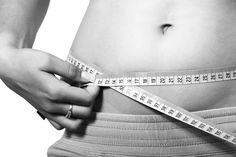 Image Credit Pixabay.com If you have … END_OF_DOCUMENT_TOKEN_TO_BE_REPLACED

Unsplash Image Once, traveling was an act of … END_OF_DOCUMENT_TOKEN_TO_BE_REPLACED

The reviewer has been compensated in the form of a … END_OF_DOCUMENT_TOKEN_TO_BE_REPLACED