As grown, mature human beings, we know that our minds and bodies are pretty darn amazing. We also know that each and every facet should be kept in good stead if we’re to harbor the quality of life we deserve. Of course, there are some areas of our bodies that we tend to prioritize, and some that aren’t exactly taken care of as much. That’s pretty fine as we can’t focus an equal amount of attention on every single area, of course.

A hugely important part of us that the majority DO take for granted, however, is our hearing. Because it has always been here for most of us, we just assume that it will forever be. It’s such a vital part of functioning every single day, and we don’t really know that unless an issue arises. Without hearing, we would, of course, struggle to communicate as well. We would also be thrown off in terms of our perception of things, too, as sounds really allow us to figure out exactly what we’re seeing and feeling.

With all that said, and when you really think about it, it’s pretty obvious that hearing is something that needs to be protected and cherished. Once it’s gone, you cannot get it back. Once it’s damaged, you can only improve things slightly using technology. If you want to keep your hearing safe and intact for as long as you can, then here are a few things you can do:

This is a pretty simple and obvious idea, of course. Ever since you were little, you were told not to go near the loud noises. You also probably figured out that they hurt your ears, right? Well, it’s probably best to continue that behavior for as long as you can! This means being careful when listening to music, and staying away from loud events like machine tools when you don’t NEED to be around them. You won’t necessarily become damaged immediately by these instances, but they’ll slowly, gradually chip away at your hearing ability.

Speak To A Professional

If you’re educated in audiology, then you probably won’t need to get professional help. Not everyone is an expert in ear health, however. If you’re not exactly very wise when it comes to your hearing, then you’ll probably want to check with a doctor every now and again to see if everything’s fine. It’s understandable if you don’t feel as though you have time, so perhaps once a year might suffice if things are feeling okay. They’ll be able to talk with you about certain aspects of your hearing, you’ll be able to get them tested, and you’ll get to learn more and more about different devices like hearing aids. It’s best to let someone who knows what they’re doing take a look at you instead of researching online and guessing.

While we have little tangible evidence that the two are linked, we do have statistics that back up ideas spanning years. Those who smoke are 70% more likely to experience hearing loss than non-smokers. So, perhaps you should take the proactive approach and cut the cigarettes out, huh? 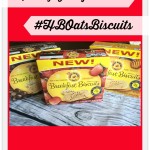 Thank  you to Honey Bunches of Oats for sponsoring … END_OF_DOCUMENT_TOKEN_TO_BE_REPLACED 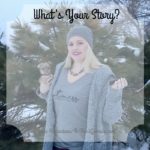 I’ve partnered with Cents of Style for this … END_OF_DOCUMENT_TOKEN_TO_BE_REPLACED

Who says gifts are things that you should only buy … END_OF_DOCUMENT_TOKEN_TO_BE_REPLACED

Image by Tiyo Prasetyo from Pixabay  It … END_OF_DOCUMENT_TOKEN_TO_BE_REPLACED